The Guide to a Minimalistic Wedding Film for Limited Budget Couples

Weddings are one of the most budget demanding events of a lifetime that many couples don’t want to miss. To immortalize these unions, photographers are now offering wedding filmmaker services to have another medium and platform if photos aren’t enough. Wedding videos are starting to become popular these days. However, it is a real challenge for those limited budget couples to indulge in such service. That is why we decided to guide a minimalist wedding film, perfect for couples with a low or limited budget. 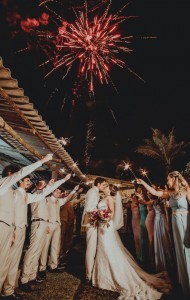 A good wedding filmmaker can turn any location into an art. That is why in this type of film, any shooting locations would do, even makeshifts! A minimalistic film’s power is broadly defined by how the filmmakers would use the available resources, even if it is limited. Makeshift locations can also provide exciting subconcepts that the filmmaker can use.

A wedding videographer in Sydney can also use public places as a good backdrop for the film. It doesn’t have to be grand in any way; as long as it can emphasize or provoke emotions or showcase the couples, then it is more than enough. A minimalist film’s goal is to decrease expenses without ruining the film quality, so in this case, the public shooting location doesn’t need to be paid. There are plenty of suitable areas in Australia, and its many local places are also known for their fantastic presentation.

Wedding filmmaker services can be produced even if the budget is limited. To have the best experience while saving a lot of money, you should always look for discounted film service packages. There are many service providers around Sydney, and it’s not impossible to find one or two that offer discounts any time of the year. Of course, it is still the right choice for their portfolios to check if the amount you’re paying is worth it.

Professional wedding videos may or may not have a story, but even if you aim for a minimalist film, it is still a lot better for the quality of the output to have a script or a story. It doesn’t have to belong or even complicated; as long as a story is told loud and clear, then you’re all set.

Wedding films are essential for many reasons, but one of the most critical reasons couples would love to have this media piece is to make sure that the event’s memory is still intact and won’t be forgotten easily.