The Growth of E-Commerce in Australia 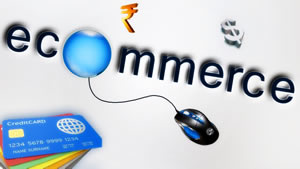 If you have been thinking of starting an online business or extending your existing business to offer services online, this may be the best time to do so. Australian e-commerce is becoming more and more popular in Australia, with more than 94% of citizens having access to high-speed internet and deciding to make purchases online to save both time and money as well as add convenience to the shopping experience.

Consumers benefit from e-commerce due to the wide variety and choice offered by online stores. It is also quicker and more convenient for consumers to compare pricing and products online than having to visit different stores, which is often cumbersome and time-consuming. Internet users can shop for anything from clothing, books, appliances and food to services such as online educational courses, printing and travel reservations.

Businesses can benefit from running an online store in the following ways:

The ecommerce industry has seen continual growth in Australia for the past five years. According to IbisWorld, online spending has increased by 26% from 2008 to 2013. To give an example of this growth, Australian e-commerce sales amounted to $27 billion in 2010 and reached over $37 billion in 2013 and sales have shown increases of between $3-4 billion every year. This does not only represent a growing number of Australians spending money online but also the number of Australians who are spending more money online than previously. Australian consumers spent an average of $1048 online in 2006 compared to $2108 in 2013 proving that we are spending more freely and there has been an increase in perceived safety regarding making purchases online. The biggest age group of spenders belonged to the 35-44 year bracket and most internet users today have made purchases online at some time during their lives.

The trend is pushed by an increasing amount of product availability with more companies opting to go online. Courier companies are also benefiting; an industry which primarily served businesses now serves consumers and retailers directly. The industry is growing globally and although this means that Australian companies have to compete with foreign companies, it also means that Australian businesses are able to offer their products to a growing international community of online consumers. Australian e-commerce is thus making trading simpler, more efficient and prosperous for both consumers and businesses.