Finance news from major departments of Australia’s economy indicates that the country is among richest in the world. In fact, the GDP is an overwhelming 1.525 trillion US dollars. Endowed with plenty of natural resources, Australia is one of the biggest exporters of agricultural products. Some years back, she entered into free trade concessions with countries such as Singapore, New Zealand, Chile, Thailand, and the United States of America. This made the economy of Australia to improve significantly. 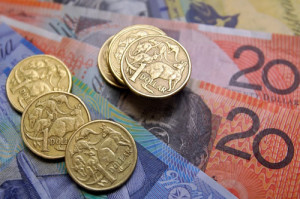 Since she is one of the most dependable providers of high quality and genuine goods, its air and sea ports are extremely busy. As such, its versatile and efficient air and sea ports contribute to its successful trading activities. As a matter of fact, Melbourne and Sydney act as the busiest trading centers of merchandise and manufactured goods in Australia. The country exports its goods and services to over 250 countries across the world.

Some of the goods which she largely exports include minerals and agricultural products. Products such as Merino wool and wheat are among the top agricultural exports in Australia. It’s important to know that wool is the indigenous export of Australia; hence the statement “Australia riding on the sheep’s back” was crafted. More importantly, her mineral products are one of the most internationally demanded. To prove this, in 2006, Australia was the largest exporter of zinc, tin, coal, not to mention ores and concentrates.

While Australia acts as the primary provider of goods and services to her trading partners, the United States is her major trading partner. Almost every year, the United States imported more $8 billion worth of products from Australia and continues to do business together on major goods and services. The products which United States mostly imports from Australia includes industrial organic chemicals, non-steel finished metal shapes, hospital and medical equipment, meat products, wine and related products, etc.

Some of the products which Australia largely imports from the United States include civilian aircrafts, telecommunication equipment, medical and pharmaceutical products, excavating equipment, material handling equipment, and computer products. Australia uses these imported products for various industrial activities which contribute significantly to its economic development. Therefore, the import and export transactions in Australia are the key contributors to its economic well-being.

Despite the fact that the Australian economy has grown impressively, the demand for skilled workers from the United States continues to grow. The Government of Australia is largely importing construction workers from the US particularly in the large scale mining industry.

The very close relationship with China and India has led to impressive investment in the mining industry which has left Australia short of specific skills and experiences required for this industry. In many ways, the vibrant mining sector requires skilled and experienced workforce which would take many years to instill into the Australian domestic workforce. To achieve a bigger economic milestone in the long run, Australian government should invest in local training.

Australia has for many years now been regarded as the “poor cousin” of Europe and the North America. However, since the US mortgage crisis in 2008, which generally led to the international economic meltdown, Australia’s economics have grown in stature and strength.