Australian Dollar Goes Steady after Falling Due to CPI Data 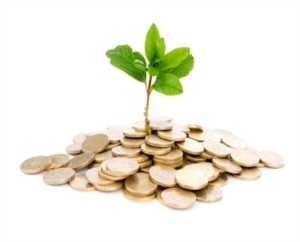 The Australian dollar has picked up slightly after suffering from some losses after the issuance of the most current inflation figures.

On Wednesday, the speculation about an increase in cash rate was dampened due to the decrease in expected inflation figures making the value of the Australian dollar to be lower in the near future.

Ray Attrill, global co-head of FX strategy of National Australia Bank said that the inflation figures are still monitoring the currency movement this Thursday in spite of the decreased trading volumes as caused by long weekend Anzac Holiday.Mr. Attril also added that no significant movement occurred on the Australian dollar today.Today’s trading is described as painfully thin considering the fact that traders were out of the domestic market as they went ahead of the Anzac Day. The lack of fundamental drivers leads to a minuscule trading value of 92.83 US cents and 93.01 cents.

What’s keeping the Aussie dollar in a current heavy state is the figures of the CPI.Investors are feeling complacent right now knowing that the Reserve Bank of Australian is going to be on hold for quite a long period of time. At 1700 AEST, figures show that the Australian dollar was at 95.11 Japanese Yen down from 95.20 on Wednesday. Euro cents is up at 67.22 from 67.17 Euro cents on its previous rate.According to Damien McColough, Westpac senior market strategist, Australian bond futures prices are constantly strong on the lower than expected inflation figures.

McColough also added that the market is still pondering on the results of the CPI in Wednesday and the Reserve Bank of Australia shall remain stagnant for a longer time frame.Some people in the business are longing for the tightening of the market to come earlier rather than on a prolonged period. Due to the Anzac Day, the week turned to be short with just a few days for trading. It turns out that volumes are low because a lot of people are away from the market these days.